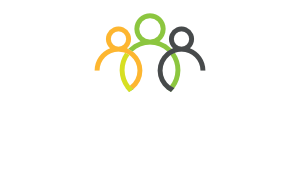 The Heritage on our doorstep 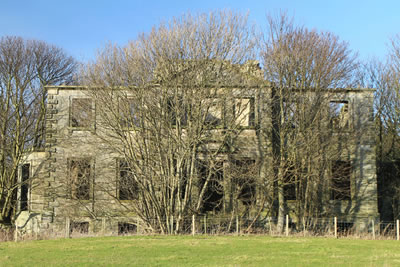 Largo House and its wider estate are of considerable significance due to the richness and diversity of its assembly. With its outstanding setting, high status mansion house, secondary buildings set within its landscape, it is rich and diverse. The site contains buildings which are listed (house and stables) and scheduled (Wood's Tower). The walled garden to the west is ancient in its origins and has the remnant of the early C17th Wood's Tower on its north wall. The farm buildings are significant in themselves, being of a U Plan form with a later cattle court building in its centre. A horse mill once stood on the western wall of the west range and is circular or octagonal in its plan form. The north range contains a barn with twin, double height arches in its gable, a most unusual feature if not unique. A small lectern Doocot is situated to the west of the farm steading which pre-dates the mansion house.

The recent local community initiative to consider a series of projects to conserve and utilise the estate has galvanised the local community into a review of the potential partnerships with the owners. This project is underway and is a most worthy cause. Whilst Largo House is not unique in Scotland as a series of buildings and structures at risk from neglect and decay, it is amongst the highest status of any building group of its type because of its significance in so many ways. The community initiative must be and will be supported because of its aims to secure this site which is of considerable cultural significance.

A DIVERSE PLACE OF HIGH STATUS.

The origins of the estate are of considerable antiquity with the building of Wood's Tower. Only a small portion remains but it is a visual reminder of how old this site is. The estate is, however, dominated by the mansion house which is of considerable architectural significance and quality. The secondary buildings and walled enclosures bring together a varied range of buildings and structures which are outlined as follows.

Largo House. Seven-bay symmetrical mansion house dated 1750 in its door piece. Built for the Durham family whose archive may be held at Arniston House. Family links can often be the best way to track architects through their patrons. Its date of build sits in what some would consider the zenith of Georgian architecture suggesting that a significant talent lay behind its design. Several architects have been attributed to its design, such as John Adam or John Douglas but the house does show similarities to Shawfield House, Glasgow, designed by the very talented and disgraced (for those who like a bad boy story) Colen Campbell trained as a lawyer then worked with James Smith. He is one of the founding fathers of classical architecture in Scotland. He ended his career in Italy. Needless to say that considerable research will have to be done to try and define the architect. Of considerable note is its staircase enclosure. The walls are adorned with full three storey height, V jointed rusticated ashlar (block) cast or hand formed in plaster to represent V jointed stone. I cannot recall a similar treatment in Scotland but there is the same faux masonry detailing in Davenport House by Francis Smith.

The stables building. Built as a toy palace for horses, a gentleman's prized possession of the time. This is a symmetrical facade, with a central arch flanked by niche mounting points and termination 'wings', with tripartite arches in Diocletian form. This building is attributed to Alexander and John Leslie.

Wood's Tower. An early C17th fort built by Scotland's first Sea Admiral given to enslaving English naval seamen who tried their hand at sea faring swash buckling against a man with considerable seamanship skills. The canal nearby was supposedly dug and manned by English seamen who rowed Sir Andrew to church in his barge. Only the south west tower and curved ditch remain of this rich if short lived glorious period.

Farm Range. U planned steading with a central cattle court. Built in beautiful local basalt and sandstone walling with pantiled roofs. Significant structures include the horse mill, north range with its giant arches in its east gable and the dovecot, which predates the farm structures as they currently stand. There are a considerable number of hammer dressed stone slates in the range, which could have come from the old tower house of the roof of the doocot. A row of single storey cottages sit to the south of the farm, which have been altered several times. To the north of Wood's Tower, a two storey house sits, now in a state of advanced dereliction. It is however beautifully situated and overgrown to the point that nature has taken over.

Walled Gardens. There is speculation that the west walled garden is one of the oldest walled gardens in Scotland. Certainly the massive whin stone boulders built in near isodomic pattern suggest very old walling. This garden has an unusual and regular concave dip centred in the space. It has the form of a shallow pie dish and is surrounded by lime trees of considerable age. Of particular note are the bees bole holes in the internal south facing wall. They are now infilled and the low wall is nearing collapse.

The garden wall to the east has been breached and a set of C19th steps lead down onto a much larger, walled enclosure with tall walls on north, east and west (old walls). The north wall shows evidence of substantial green house range and potting sheds on its northern side. The south wall is low, no doubt to allow maximum sunlight into the enclosure. The wall has beech hedging gone wild. I can recall this walled garden in the 1980s still possessing its basic quartered plan lined with privet hedges and yews.

Red Brick Cottage. As with many Scottish estates, the use of brick in the late 19, and early 20 centuries became a fashion, not just a cost cutting necessity. This use of 'tuck pointing' was used as a show of sophisticated rustication which must have driven the brick layers mad as it’s so time consuming. I cannot recall the exact walling used but it's very typical and beautiful. This cottage is privately owned and and is now pebble dash finished. To the south of the cottage, a small rectangular pond existed until recently. It was a haven for pond life and a sad loss to the sites bio diversity. This could have been a curling pond. The Board should involve the owner of Red Brick Cottage in the process of rejuvenation of the site at an early stage.

There are four primary points of access. A formal South Lodge drive which is guarded by Eagle Gates Lodge. Formal composition of curving low walls with iron railings terminated by 'rusticated' stone piers of rock faced ashlar, a Greek key frieze surmounted by eagles. Sadly one has disappeared. They look like Coade stone of Eleanor Coade fame and worthy of research.

The lodge is again built with beautiful dark somber whin stone. The route of the drive must have been a little tortuous, given the den it enters. We are reminded of the work of Humphrey Repton who inspired many to copy the principles of how he provided the element of surprise to his patron's visitors by naturalised dramatic approaches before arriving at the magnificent Valleyfield House. (destroyed)

The West Drive starts with an assembly of stone obelisks connected by S shaped curving walls, beautiful in their simplicity and execution. The drive makes its way directly to the front of the house, now much overgrown. To the north, lay the access into the farm. A simple work-a-day access but even today a great walk .

East Drive starts just beyond the Kirk. Stone gate piers with large, bulbous urn finials with delicate fluted and swag details remind us of this access.

Between the north and west drives, the Lady's Walk remains, albeit now the route through the caravan park. It links to Keils Den which was planted with a considerable range of trees at one point in its history. The farm access leads from the county road directly into the farm steading complex.

A selection of comments from interested individuals between September 2018 and January 2019.